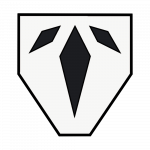 In the deep roots of Kingston Jamaica, violence and drugs roam the streets. A young boy has become a victim of the struggles of the streets after witnessing the murder of his father at the hands of the number one drug lord in Jamaica. After two years, the young boy, Desmond Allen, has been training under the vast tutelage of the former assassin Chin Yun Wei. He studied the arts of the shadows while confronting the men responsible for the murder of his father. Just when he had believed he was close to revenge, he discovers the drug lord’s operations being moved to Miami Florida. Eager to settle the differences and to bring closure to his father’s death, Desmond travels to Miami to deliver his father’s machete into the heart of his killer. He enrolls in school to keep suspicions at bay as he conducts his life as a vigilante in the shadows of the night.

Read it on All Devices

Available to all retailers

Born in Englewood New Jersey and raised in Winter Haven Florida, author Terry Bent has been writing and developing the world of Ranshio ever since he was at the young age of twelve. With his bachelor's in business management, Terry began working for Enterprise Holdings and eventually started working on his way to becoming a Branch Manager with the company while finalizing Ranshio. His interests include reading various action and drama novels along with watching animated shows during his spare time. What drives Terry to keep writing is the love and support from his family and friends. He wanted to write a story he could share, a story that would make people smile and laugh, a story that can be enjoyed for years to come.